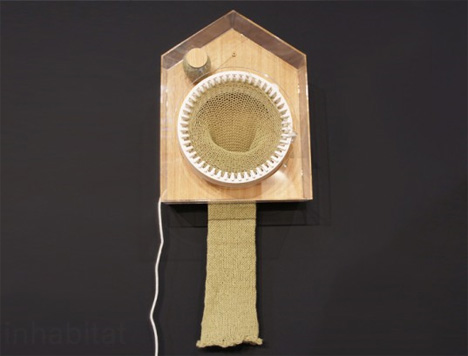 As a song from a little musical called Rent once suggested, there are plenty of ways to measure a year. Most of them are rather intangible, as time itself it invisible and untouchable. But the odd 365 Knitting Clock gives a different way to measure the passage of time: in knits, purls and lengths of yarn.The clock was designed by Siren Elise Wilhelmsen as a school project meant to visually, tangibly mark time. 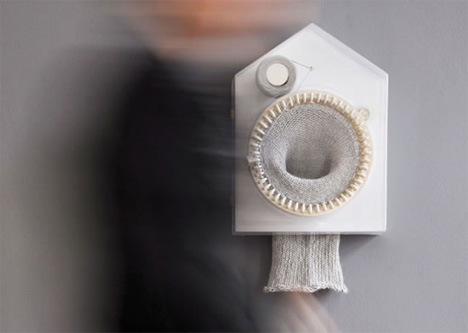 Every thirty minutes a new stitch is knitted, every day a new round is completed and at the end of a year a six-foot-long scarf is completed. The scarf you wear this year is the measure of the previous year, and the scarf you will wear next year is the physical marker of the current year. An unconventional way to mark the passing years, maybe, but the scarves would make for some unparalleled reminders of the past. 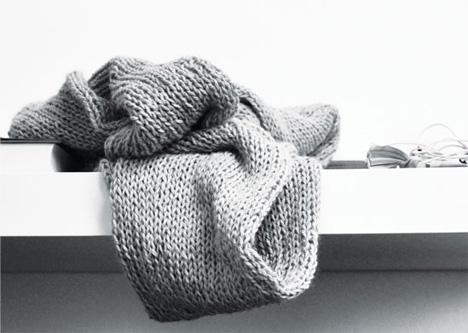 At the beginning of each new year, a new roll of yarn is inserted to begin the knitting process all over again. There are no numbers or hands, there is no clock face and no real way to distinguish the actual time. But this exercise in time measurement is more about the long-term, anyway – and the long term is made even longer every day as row after row is added to the growing length of yarn.