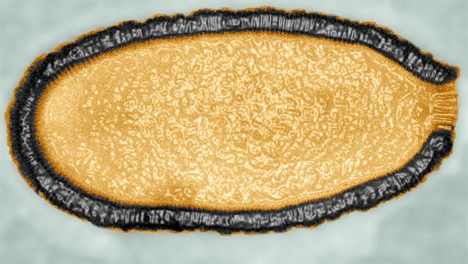 It looks like some French scientists have never seen Jurassic Park. After finding a virus 100 feet deep in the Siberian permafrost that had been frozen for 30,000 years, they thawed it out and found that it was still infectious even after all of those centuries in the ice. Thankfully, the virus – called Pithovirus sibericum – isn’t harmful to humans. It is one of the recently-discovered “giant” viruses that can be seen under a microscope, unlike just about every other virus. It only attacks amoebas, or single-celled organisms. 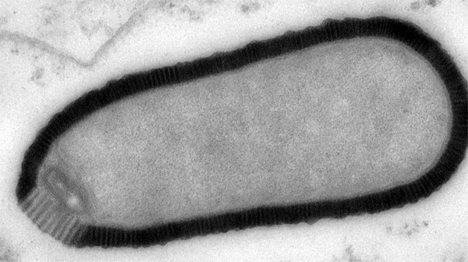 So resurrecting the virus isn’t quite as dumb or dangerous as resurrecting dinosaurs in Jurassic Park. But these scientists had a good reason for digging up an ancient virus and bringing it back to life: one day, climate change could release viruses that are dangerous to humans, and we need to be ready for that. Although viruses like smallpox have been eradicated from the surface of the Earth, who knows what is lurking within and under the permafrost. Industrial exploration that involves drilling deep into the permafrost layers could release active viruses that we have never seen or that we thought were wiped out completely. 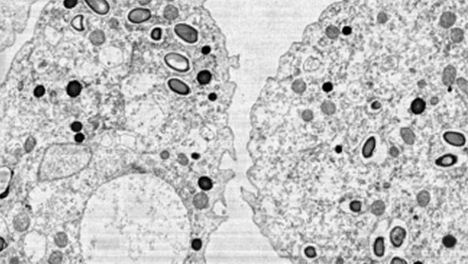 The fact that the resurrected virus was still active after all that time and immediately attacked the amoeba is both fascinating and alarming. Pithovirus sibericum belongs to the genus Pandoravirus, a type of virus with a huge genome that, before its discovery in the early 2000s, was completely unknown to humans. The Human Immunodeficiency Virus (HIV) contains only 12 genes – by contrast, Pandoraviruses have been found to contain up to 2500. This could mean bad news for us if future zombie viruses surface from the permafrost and prove to be harmful to humans, unlike Pithovirus sibericum. Since modern humans have never been exposed to such viruses, we have no natural defenses against them. Let’s just hope that what happens in the ice stays in the ice.

See more in Weird Science or under Science. March, 2014.