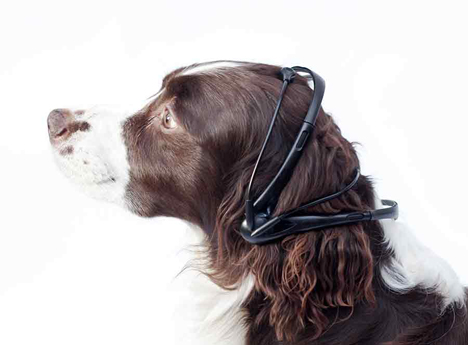 Soon, teaching your dog to ‘speak’ will be obsolete. They will be able to communicate verbally in English, Spanish, French and even Mandarin. They will wear EEG-style headgear. This is the vision of the Swedish research lab NSID and their post-apocalyptic dog translator No More Woof. 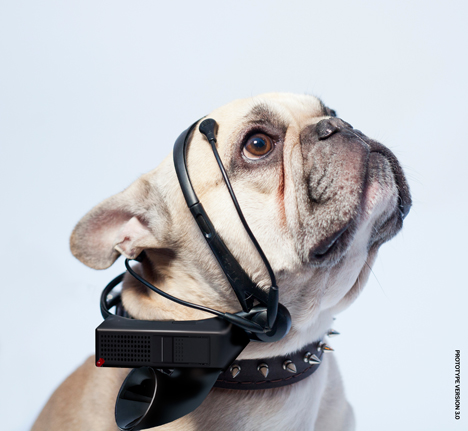 Okay, so the concept isn’t that stark, and it’s one that holds more ground than one would think. In fact, it started out as a kind of joke between NMW project director Tomas Mazetti and his brother. The two wondered what would happen if the consumer-level EEG Epoc was used on their mother’s dog. It was an idea that piqued enough curiosity for Mazetti to order one. Sure enough, brainwaves were produced. “It’s not that complicated,” Mazetti said in an interview with FastCoDesign. “If a dog is really calm, sleepy, or upset, that is extremely easy to see.”

Testing then began at NSID labs, where the EEG was hooked up to an inexpensive processor and portable speaker. It was developed enough for the team to start an Indigogo campaign. No More Woof is still purely in research phase, but a release date has been set for donors.

See more in Unbuilt Concepts or under Technology. February, 2014.