Now that America’s space program is fading into the background for the time being, Japan is taking the lead and doing the awesomest space things. Namely, they’re putting a Domino’s Pizza on the Moon. According to Domino’s they’re totally serious about the project – and we’re pretty happy about it since commercial space flights are getting closer to reality every year. 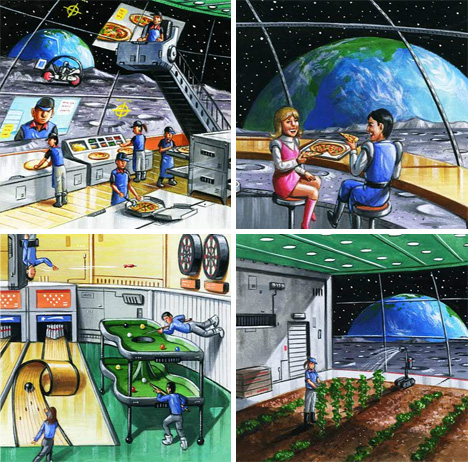 The Domino’s Moon Branch would consist of a two-story domed building, a plantation for growing pizza ingredients, and a fun-looking game room with questionable gravity properties. We hope this location would pay substantially more than Earth Domino’s restaurants since you would be stuck with your co-workers for long, long stretches of time. 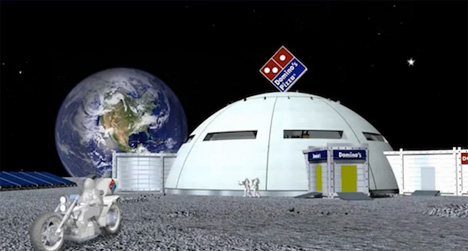 Just building the thing would cost well over $21 billion and require 15 rocket launches, making the project prohibitively expensive. And since there are no pizza-consuming life forms that we know of on the Moon right now, putting a Domino’s up there might be a little pointless. But we have no doubt that once we start colonizing space, Domino’s will be there along with McDonald’s, KFC and all of those other places we wish we could get away from on Earth.

See more in Digital Design or under Technology. September, 2011.